Most of the time we come across people who do not walk the talk. The words they speak do not match with the action. In this article I am sharing some top most powerful hacks to identify such Quasi-smart individuals. On The other side these Top 5 Hacks are something that truly intelligent people will never do.

Instead they treat everything that comes on their with immediate action

Humility is the most important trait of these people. Intelligence is an outcome of experience and knowledge, and these smart people are surprisingly aware of the things they are not aware or they cannot do.

When you look at, overthinking is just a state of inflated ego. In reality when we overthink we are not thinking about the solution in our mind but actually we just try to solve the problem in the head.

This is not what smart people do. Smart people embrace Anti-library: a set of all the things we don’t know or not aware of. Smart People very well know that the answer to all their problems do not lie in the head but they will have to look outside.

With above thought they always indulge in immediate actions. They take impulsive actions and if they do not find it good they brutally just cut them off.

If they find something extraordinary, they will divert 100% of their focus and energy to that one thing and if they realize that it’s not working they will immediately move to other.

Here is the Hack#1 to identify a Quasi-smart person: Ask them what actions they have taken in order to achieve their goals and if they start justifying their efforts and actions rather than just showing the output. You can be assured that you are dealing with Quasi-Intellectual.

Instead, they lead with marginal honesty and straight forwardness.

Another very visible trait of truly intelligent people is that they are direct and honest and they do it without giving a second thought.

These people understand the value of time and efforts both from their side and from others. That’s the major reason you will not find them wasting time and energy on talking about their success and adventures for a long time. They do not find any point in doing so.

As per my observation, this just works like a filter. In no way they do not want to be nice or pleasant but simply they don’t want to put any energy into it.

These people just do it to engage the other person into reaction. The beauty is some who is smart and intelligent always appreciates this thought of being direct.

So here is the Hack#2. If someone gets impacted or confused by the directness, that’s the clear indication that the person is Quasi-Intellectual and they are just trying to look smart.

Instead, they mostly take impulsive actions

Truly intellectual people might sometimes act childishly but they do not mistake their free willed behaviour will loss of direction.

A lot of individuals I have interviewed have tried to explain their actions with seemingly arbitrary reasons. They’ll just say things “because I like it” or “it just feels good,” which can make you think that they don’t know what they’re doing.

First of all, truly intellectual people always know what they’re doing. So if they don’t go into a long discussion explaining to you about their act, it’s probably because they don’t see the point — or don’t have the time.

But then, intelligence is more than just about intellect. Intelligence is about trusting your emotions, too. Smart people learn how to trust their inner signals in combination with external information.

So here is the Hack#3, Quasi-smart people, on the other hand, will usually have a super-smart reason why they’re doing whatever it is what they’re doing. They’ll talk about markets, industries, news, and latest research. They’ll try to convince you that the entire world is behind them on their decision.

No interruption or hijacking conversation

Instead, listening is more and talking is less.

Interestingly highly intelligent people are rarely the centre point of the conversation. You’ll rarely hear them cutting over someone— unless they have a reason to do so.

Partly it’s because truly smart people realize how confusing most conversations are. After years of hit and trial, they have come to a conclusion that it’s “Action” speaks louder than “Words” and their words rarely lead to any tangible result. Hence, they focus on actions.

They are indeed a good listener. Smart people are smart for a reason — they’ve had lots and lots of other aggressive & smart people who tell them things about life and business. To do that, they’ve learned to be good listeners.

It’s also a form of ego if you know you can beat someone in a discussion, then why not just let them talk? There is no point of proving what you already know and spend tons of energy in the process?

Here is the Hack#4, whenever you hear someone trying to cut the conversation — beware, you’re most likely dealing with a Quasi-intellectual.

Not getting stressed or lost

Instead they always keep smiling

Surprisingly, even after having a lot of things in mind and continuous actions , the truly intelligent people never get stressed and always remain calm. This trait is extremely important as this helps them give strength to think in constructive direction.

Most of the time these people are managing big size teams and still every single role they are able to manage with calmness and sincerity.

It is also a character that these people demonstrate that there is nothing that can practically impact their mindset and they are focused on efforts than output.

So, here is the Hack#5, if you find the person mostly stressed and talking about the problems and not solutions, get assured that you are talking to a Quasi-Intellectual.

Know more about me – Yashendra Mishra

Yashendra is a Digital Entrepreneur and in his last two decades of building organization has gained substantial practical knowledge with hit and trail method. In this Blog he loves to share his learning with the readers along with his journey of believing "I know it all" to "I don't know what I don't know" 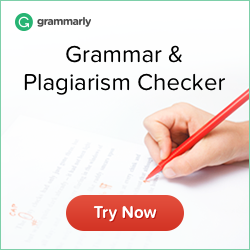 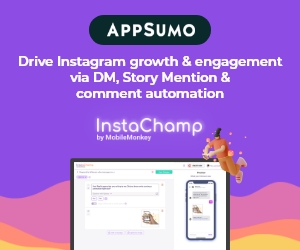